A social network for faithful Catholics to connect, enrich our faith, and get smarter.

SmartCatholics is one of the fastest-growing communities to support Pope Francis, help Catholics regroup, and create resources to renew our hope. We’re free of trolls, ads, and toxicity. Let’s get smarter!

Join the Community
Meet the Team 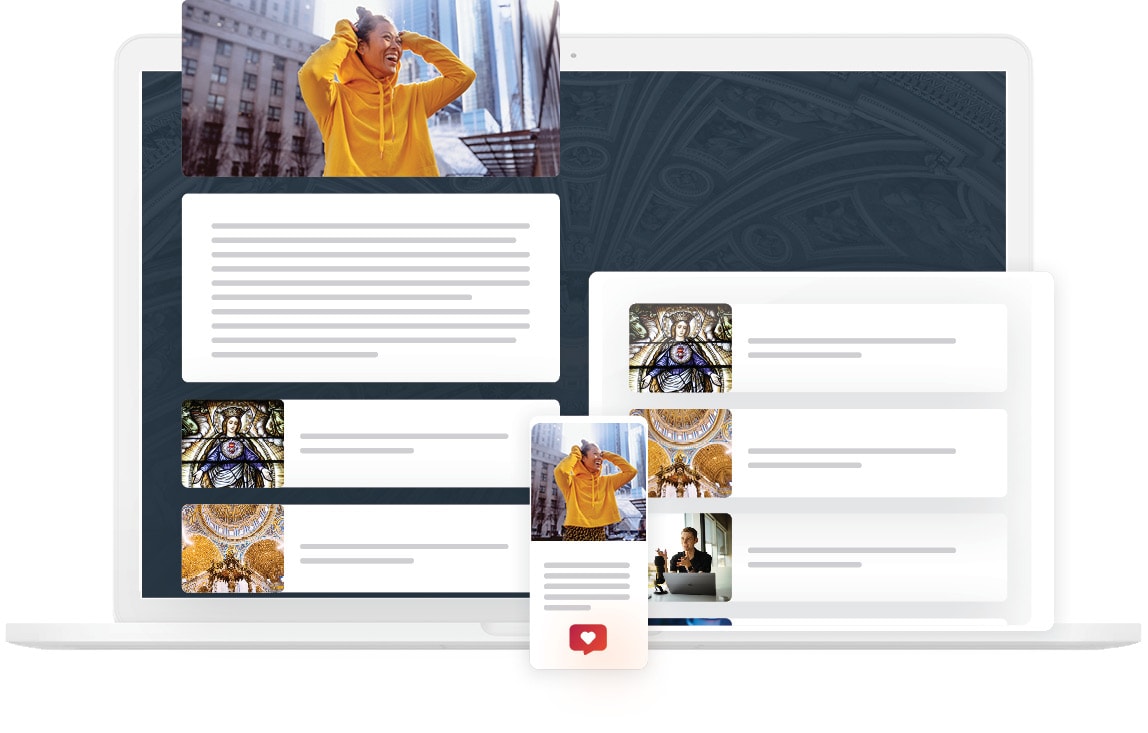 Every month, we’re here to help you sound smarter, live faithfully, and think deeply with Christ, the Catechism, and Sacred Scripture.

Meet monthly with Catholic speakers, authors, and creators. Get practical, inspiring advice that thinks with the Church. Watch live, or start on-demand courses. 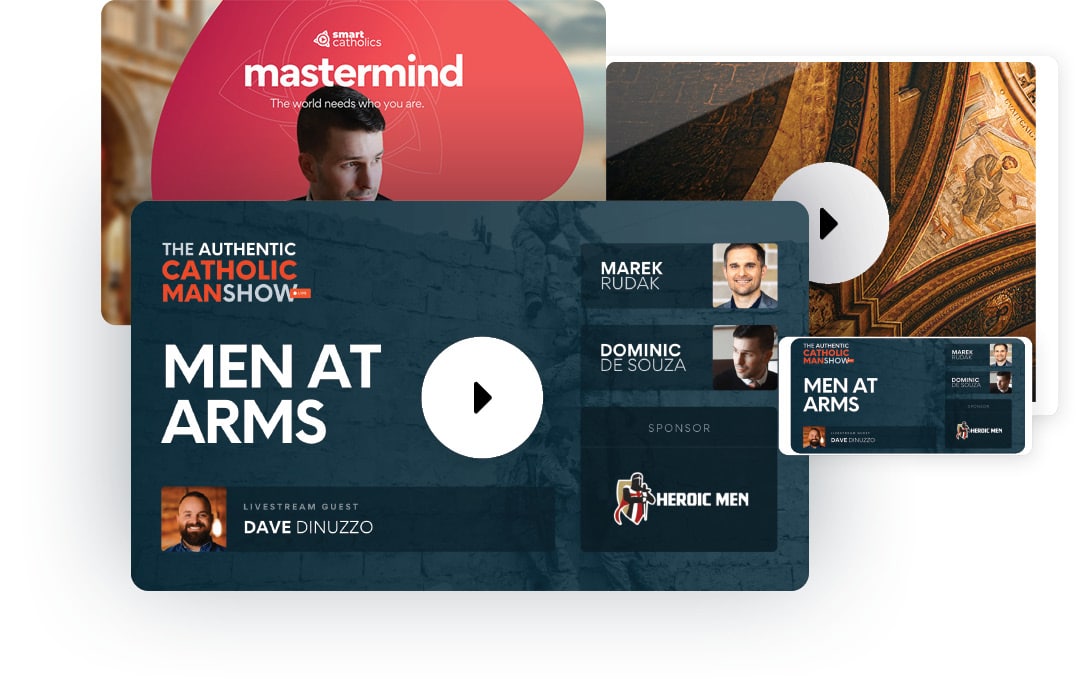 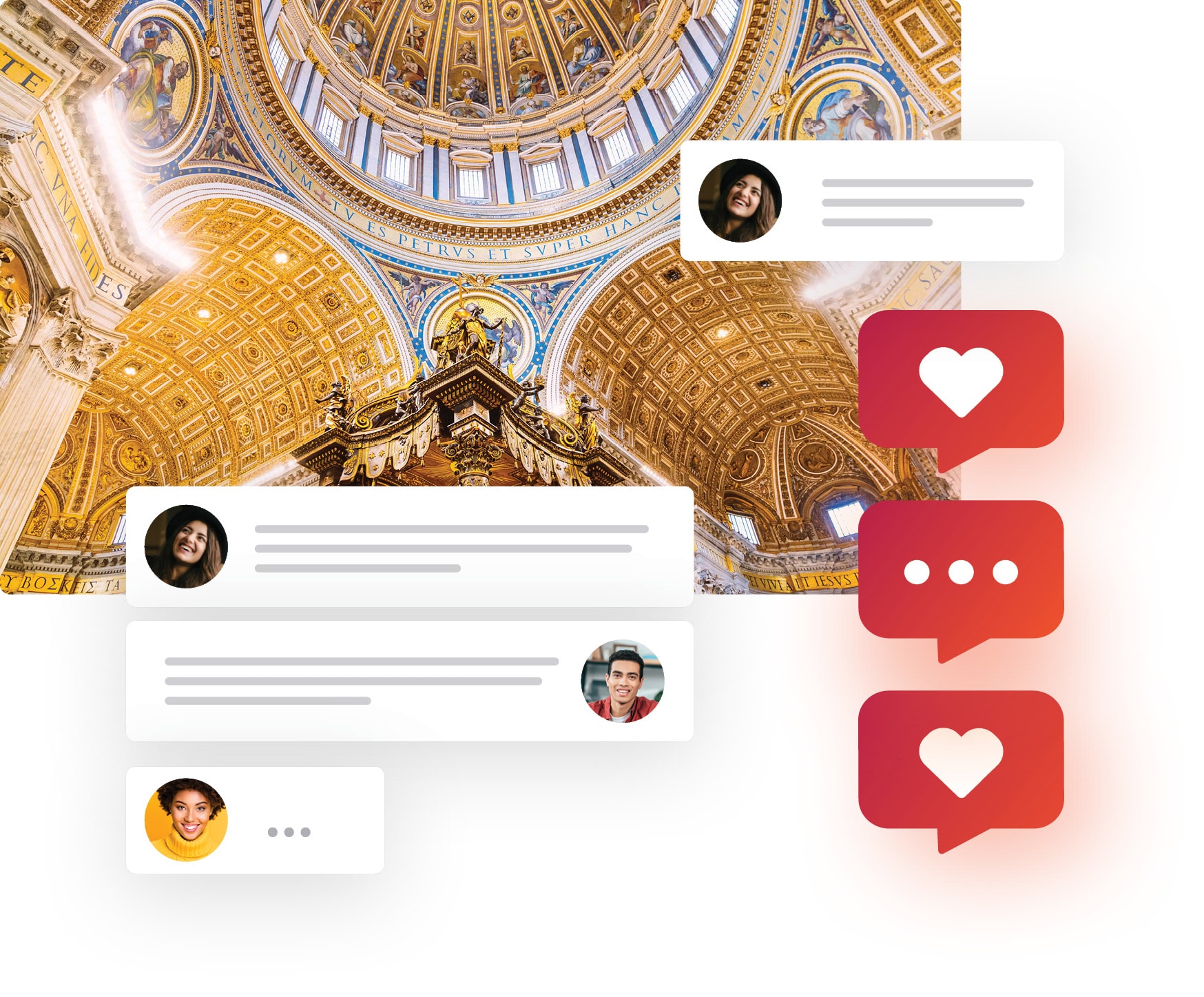 Chat with speakers and special guests

Go deep. Hang out with your favorite hosts in the community. Chat live with members like you. 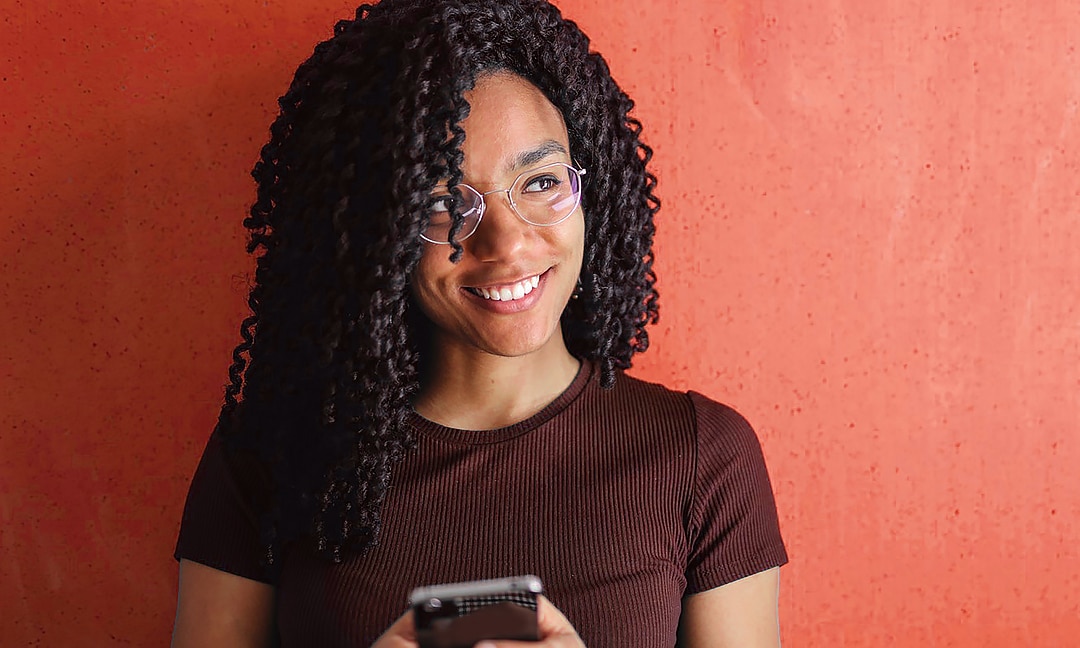 We don’t track you, manipulate news, or sell data. Join a friendly community center built for Catholics, by Catholics! 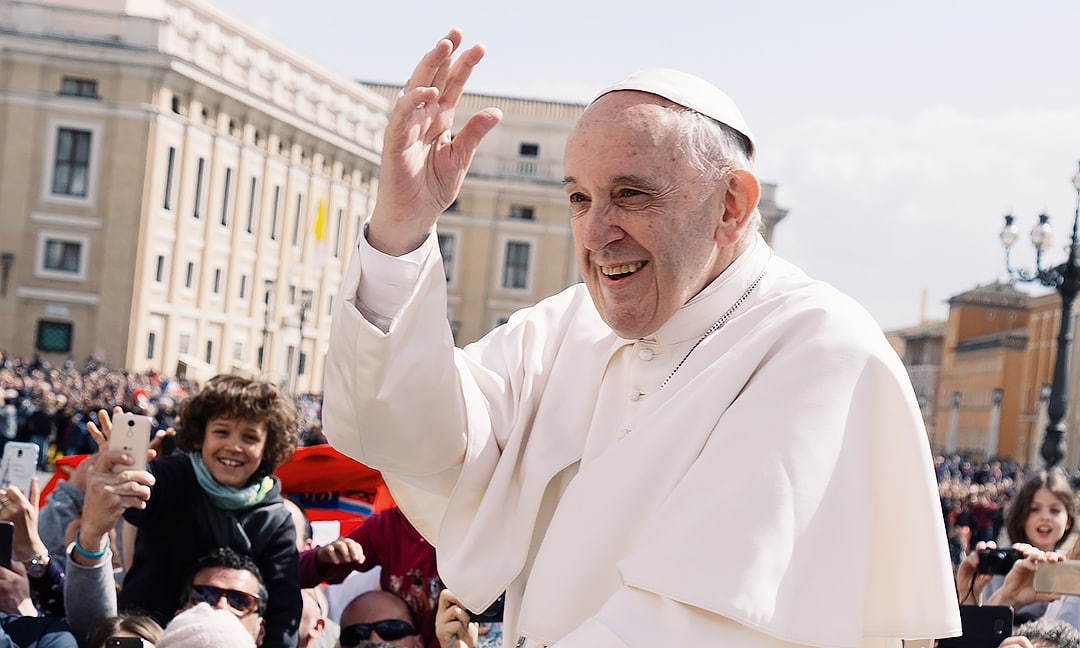 We are grateful for the gift of our Holy Father. We work to follow his spiritual guidance for modern Catholics. 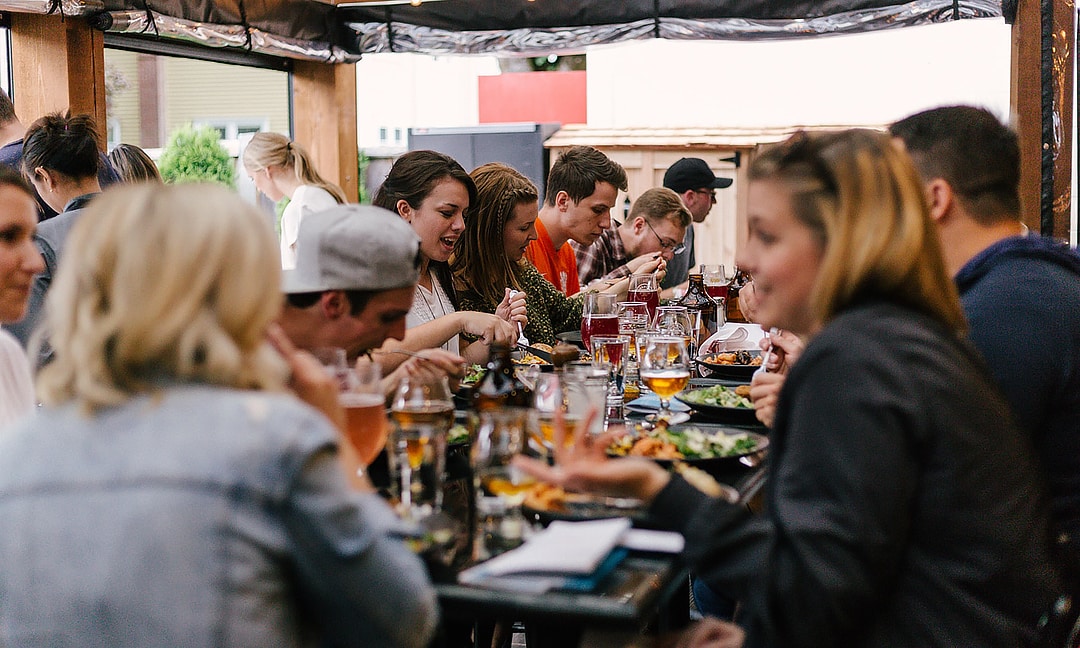 A culture of kindness

The kingdom of God should build up and inspire. Discover new friends to enrich your faith, and make life better! 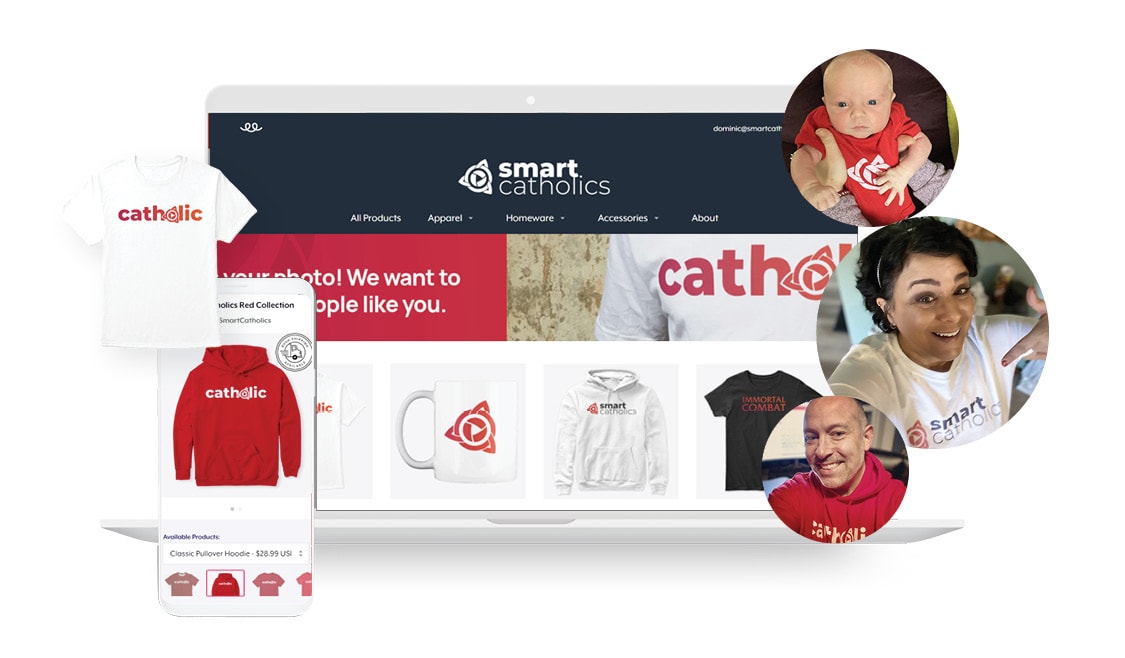 Show your SmartCatholics pride! Start conversations with friends and family about being Smart + Catholic in the modern world.

“Life grows by being given away…

“those who enjoy life most are those who leave security on the shore and become excited by the mission of communicating life to others.”

‘Evangelii Gaudium’, The Joy of the Gospel 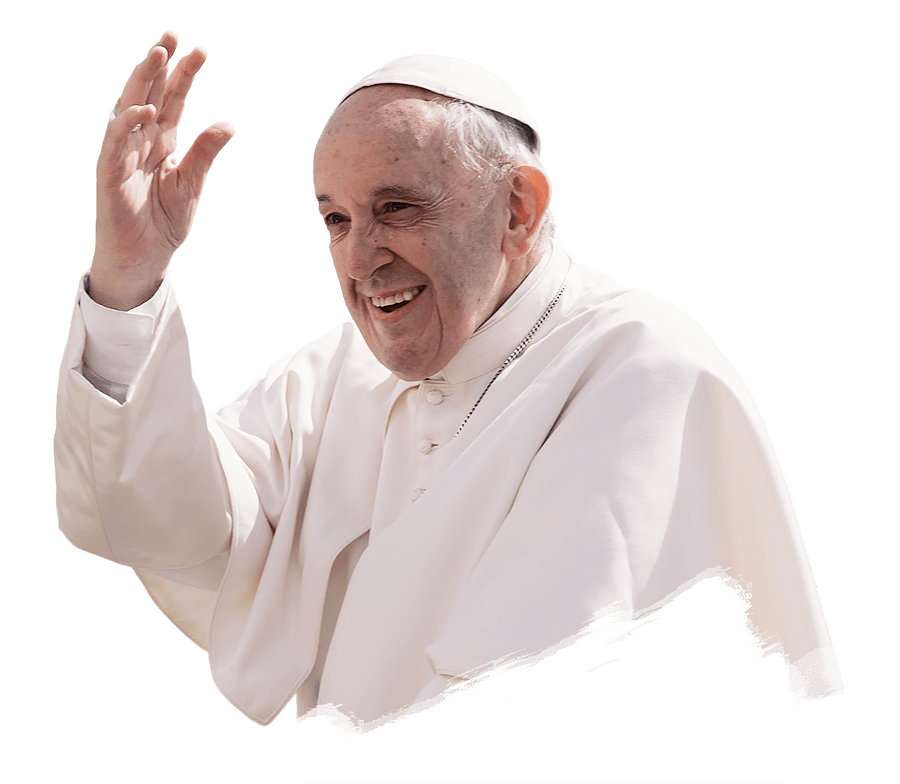 In 2020, SmartCatholics started as a vision to connect ordinary Catholics all around the world. And we very quickly realized that Pope Francis was a source of unity to some, and concern for others.

It quickly became a default that a ‘smart Catholic’ was smarter than the Pope. Perhaps even more Catholic than him.

So we decided to change that. And to build a destination online for Catholics to regroup, learn, and encourage each other.

Within less than a year, our ministry blossomed. Catholics of all ages joined, excited that they weren’t alone.  Excited that Pope Francis’ vision of mercy, awareness, discernment, and radical love for humanity was more than practical. More than smart. It’s the heart of Christ.

The modern world is moving faster than we can adapt to it. Faster than any time in human history. Calm, level-headed, discerning minds and hearts are needed to keep the story alive.

SmartCatholics founder, Dominic de Souza, is a convert from radical traditionalism. He is passionate about helping ordinary Catholics break the ‘bystander effect’, and be firstresponders. We don’t have to be geniuses. We just have to show up.

Our Catholic faith is more than a bad memory for some.

For many, it is a divine and human story of freedom, failure, and excitement that must be shared with humility, and confidence.

Social networking is a new normal, and bricking your phone isn’t the answer.

We can’t allow a well-meaning, misguided minority to be the face of our faith. Your network needs you.

And while many people are out of touch with how fast things have changed, maybe you aren’t.

Maybe you don’t have all the answers, but you have a ton of heart. And that counts for something.

Christ is making an impact on the world, in every culture – right now.

With Pope Francis as our guide, we’re renewing our hope, regrouping in the community, and re-committing to learning what we can.
N

SmartCatholics are faithful to the Magisterium, and the ‘hermeneutic of continuity’ that Pope Francis is guiding us.

SmartCatholics honors our Christian legacy and tradition, and understand that it informs and develops with time, culture, and contact with others.

SmartCatholics don’t hope for the past or the future, but understand we have a mission to the present world. We look to be relevant and a source of renewal.

When Catholics understand our Faith in the modern world, we experience greater personal joy, and confidence in sharing the good news. 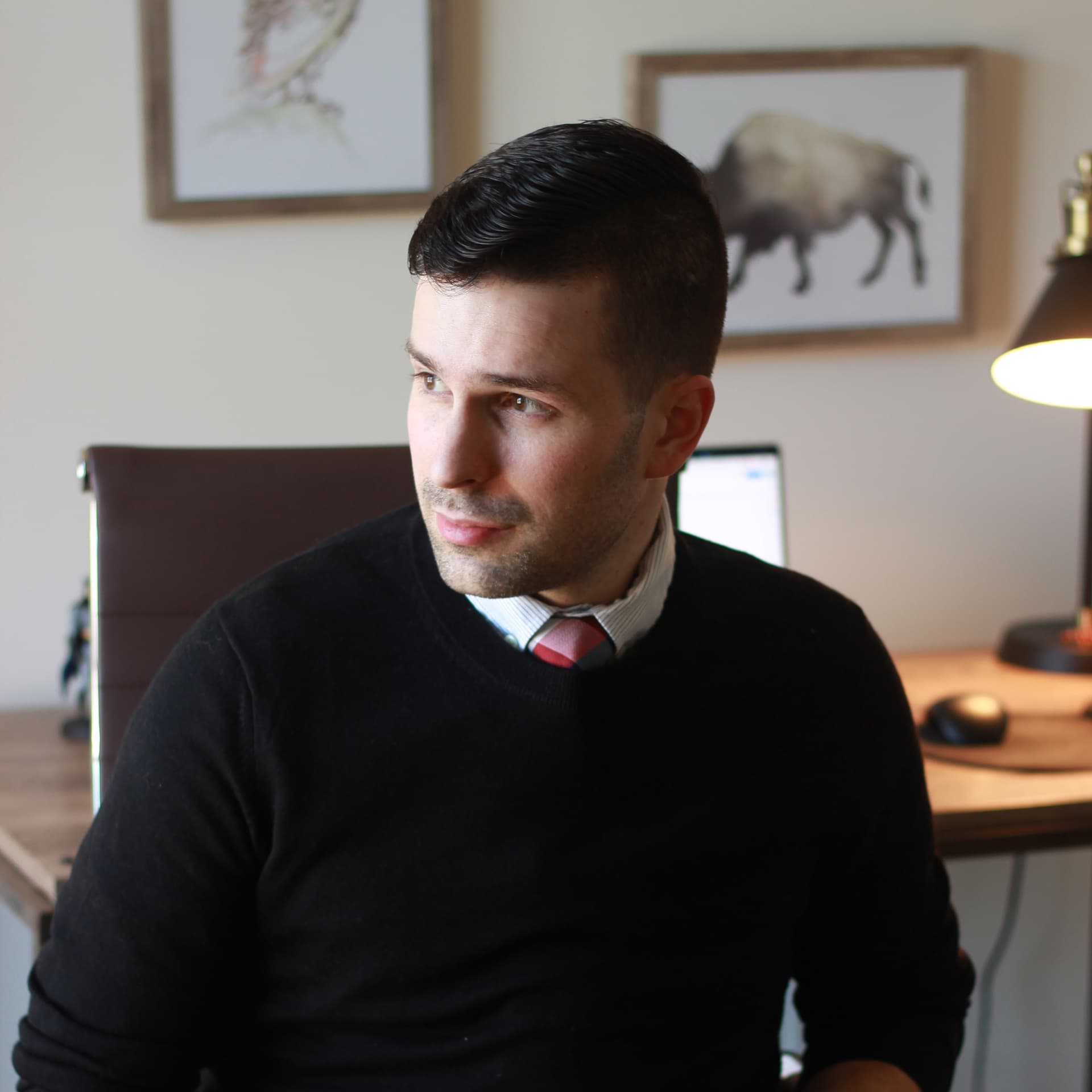 A cradle-Catholic passionate about how Faith, history, and science meet in today’s world. Born in New Zealand, studied in Fiji and France, raised in Australia, and now living in the USA.

My conversion moment in 2012 that launched a personal pilgrimage to rediscover my Faith. I wanted to love and understand Catholicism in the space age.

But I also begin to realise how much of that must be done in a state of hope. Not resignation. Not revolution. But renewal.

Catholics must rediscover the inner life we are baptised into, and let that life out. Life is worth loving. And living! 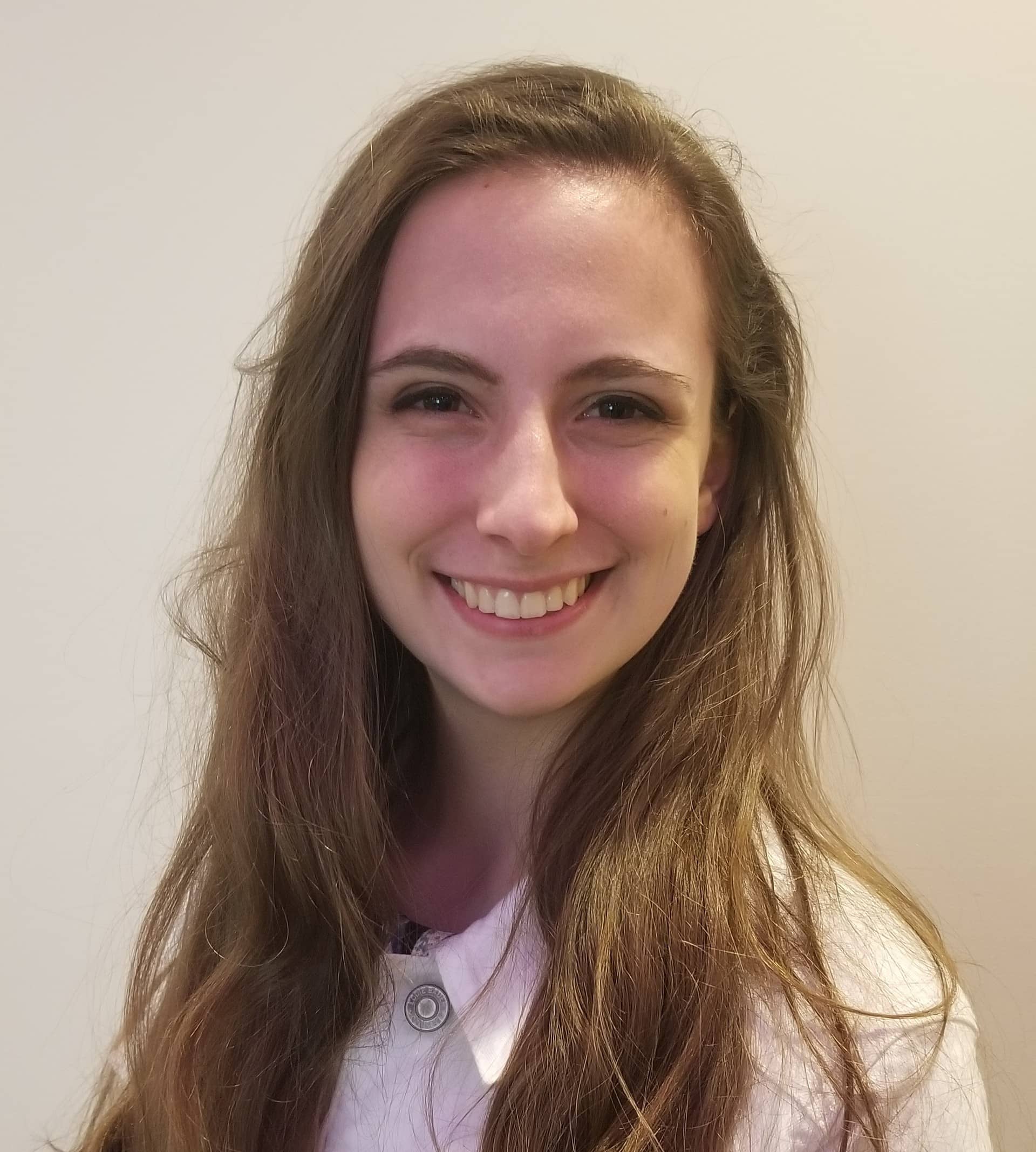 Chloe grew up in New York state and graduated from Christendom College in 2018 with a bachelor’s degree in history and a minor in Theology.

Since graduating, she has worked in both event coordinating, marketing, and social media. She loves helping small businesses convey their message through digital content.

One of Chloe’s greatest passions is Irish dancing. A life-long Irish step dancer, she has traveled around the world competing both nationally and internationally. In her spare time, she enjoys calligraphy, painting, and designing greeting cards.

She and her husband live in the beautiful little town of Cooperstown, NY (baseball, anyone?) and welcomed their first child in June 2021!

SmartCatholics is one of the fastest-growing communities to support Pope Francis, help Catholics regroup, and create resources to renew our hope. We’re smart, magnetic first-responders, and having a good time!

The triskelion is an ancient symbol for the Trinity, its looping lines flowing into each other. The three distinct points speak to Father, Son, and Holy Spirit.

For SmartCatholics, the 3 points speak to how we solve problems. We fuse events with community and ondemand video. We love to talk about history, science, and faith. We are happy servants to the Church, the Scriptures, and the Magisterium.

In the spirit of evangelizing with new media, the logo centers on a play button. That’s how many Catholics today need to access the faith – ondemand, and as accessible as possible.

Learning to be a faithful, intelligent Catholic shouldn’t be a ‘rich man’s game’, but open and available to all who hunger for truth.

We use cookies to make your life just a little bit easier. By clicking “Accept”, you're ok with that.
Cookie settingsACCEPT
Manage consent

This website uses cookies to improve your experience while you navigate through the website. Out of these, the cookies that are categorized as necessary are stored on your browser as they are essential for the working of basic functionalities of the website. We also use third-party cookies that help us analyze and understand how you use this website. These cookies will be stored in your browser only with your consent. You also have the option to opt-out of these cookies. But opting out of some of these cookies may affect your browsing experience.
Necessary Always Enabled
Necessary cookies are absolutely essential for the website to function properly. This category only includes cookies that ensures basic functionalities and security features of the website. These cookies do not store any personal information.
Non-necessary
Any cookies that may not be particularly necessary for the website to function and is used specifically to collect user personal data via analytics, ads, other embedded contents are termed as non-necessary cookies. It is mandatory to procure user consent prior to running these cookies on your website.
SAVE & ACCEPT