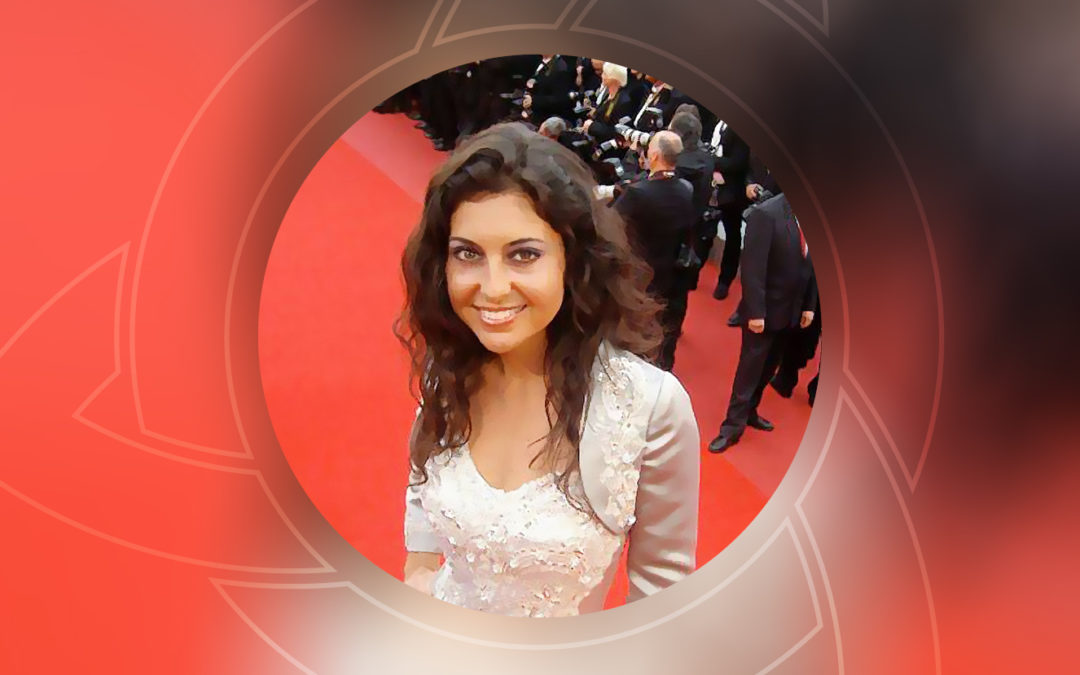 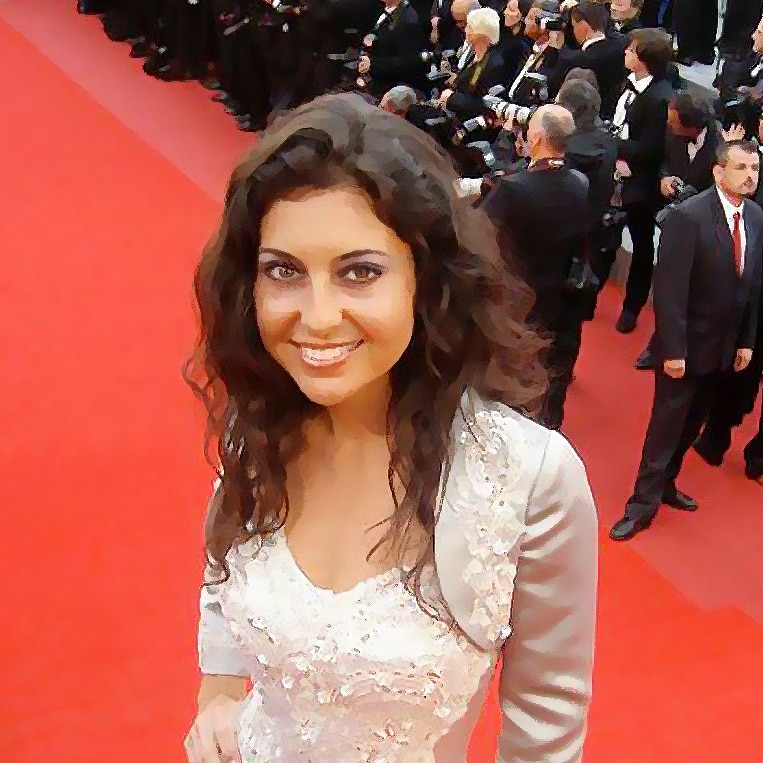 Nicole Abisinio had a successful life and Hollywood career. But standing on a red carpet of a star-studded film premiere, at Cannes Film Festival, at the height of her acting and producing career, she began to understand what truth truly is. Her hunt for the truth led her to being Catholic.

Nicole was standing on the red carpet for a premiere at the Cannes Film Festival, when she suddenly realized something was missing from her photo ops.

In the midst of following her worldly dreams to be a successful actress and producer, she left Jesus in the rearview mirror. Producing and acting in films starring many famous actors and living the most elite nightlife and membership only clubs, Nicole had the world in the palm of her hands…“But what does it mean to gain the whole world if you lose your soul?”-(Mark 8:36)

Nicole’s response was an overwhelming, previously unknown stirring of the Holy Spirit. In the arms of the Father, Son, and Holy Spirit, she found everything she had ever been searching for, finding her soul in Jesus and His church.

God showed Nicole how she could use the power of media for His Glory and she now works exclusively for His kingdom. Nicole currently works as producer, actress, and marketing executive for films including Mel Gibson’s Hacksaw Ridge, The Investigator, Roma Downey and Mark Burnett’s Son of God, Different Drummers, Love Different, and Junction 395.

Nicole is very excited to share her new book, PURE POWER, being published by TAN Books in January 2020! Her heart is for the healing of many souls, especially in the area of sexual sin. Nicole’s practical tools for healing from bondage are found in this new, Holy Spirit guided handbook of practical tools. There is a conference or talks available in coordination, through which she has seen many miracles for attendees. While the book is specifically to fight sexual sin, the conference have helped people break through in many areas. Check out the different chapters, that also work as talks, with a visual powerpoint, available as well!

Nicole recently spoke at the 2018 PIttsburgh Young Adult Diocesan Conference and at Magnificat Chicago. An hour long interview on EWTN’s “At Home with Jim and Joy” show 2018 may be reviewed online for her full testimony. She is on her way next to do a Christmas special interview about Jesus for the Catholic worldwide network, Shalom World.

A big shift occurred for Nicole’s speaking at the 2017 FIRE Catholic Conference in PA, with Bishop Malesic and Sister Ann Shields. After Sister Ann annointed her, the Holy Spirit spoke powerfully through her to 500 adults on “Repentance” and a teen session on the “Power of Prayer”. She was also asked to pray over the entire Tampa Bay region and thousands of people to ignite Godly media on National Prayer Day.

Nicole has been featured on Gus Lloyd’s Seize the Day, Spirit FM, The Pete O’Shea Show, Moody Radio, and Catholic TV. Her work has been featured and/or endorsed by EWTN, TBN, Variety, NFCYM, and Catholic Mom. Nicole has spoken around the country including Kiwanis National Prayer on “Power of Prayer”, NCYC on “Faith in Film”, and the International Christian Film Festival on “Faith Based Film Distribution”. Her last talk on chastity was the 2017 Live Out Loud Singles Conference. In 2018, she was asked to partner with Song On Fire Catholic ministry as a speaker, to spread the message of chastity to India.

Nicole is currently working on 3 faith based feature films, in different stages of production, slated for 2019-2020 Theatrical Release in the US.

She is very thankful for her home parish community and being able to unite with Jesus in the Eucharist daily!

From Hollywood Towards Heaven

Nicole shares her life and career in Hollywood and how she first started to understand what truth truly is, standing on a red carpet of a star studded film premiere, at Cannes Film Festival, at the height of her acting and producing career. She continues her testimony of how seeking the truth all the way to Catholicism was the best decision she ever made.

The Miraculous Power of The Eucharist:

Nicole shares her miraculous healing by the Eucharist, leading to her devout faith and daily devotion to Jesus in the Blessed Sacrament.

Drawing on the workout warrior in all of us, Pure Power is for anyone stuck in sexual sin of any kind and looking for a way out as well as for those living chastely but in danger of falling.

Do you want to begin living for God but don’t know how to begin? Do you feel like you have no one to talk to about issues of purity? Pure Power is a must read and the conference/talk is a must attend!

Get ready to have a hope-filled and successful journey turning your struggle of temptation into a life of peace, joy, and absolute freedom in your relationships, especially in the most important one, your relationship with God.

“Dynamic, engaging, and relevant, Nicole’s talks bring meaning and purpose to those seeking to find their place and Christ’s presence in a busy, confusing world.”

“Nicole has such an authentic and fearless approach to the issues of purity and chastity that it’s disarming… her ability to be so honest and vulnerable about her own journey has such a beautiful way of opening the heart. Finding the balance between upholding godly standards without apology while also–at the same time–not heaping guilt or regret on those that have lost their way, is never easy. Nicole has found that balance… weaving both truth and grace together in ways that bring genuine healing and hope to a world that desperately needs both.”

“Since I was a teenager, I struggled with an addiction to pornography. It was only once Nicole showed me how to fight my problem through spiritual means like prayer and fasting instead of just trying to rely on my own willpower, that I started to see real gains. My freedom from pornography didn’t happen overnight. It took time and dedication, but by staying dedicated to prayer and focusing on God, I was eventually able to gain control over my addiction and defeat it.” 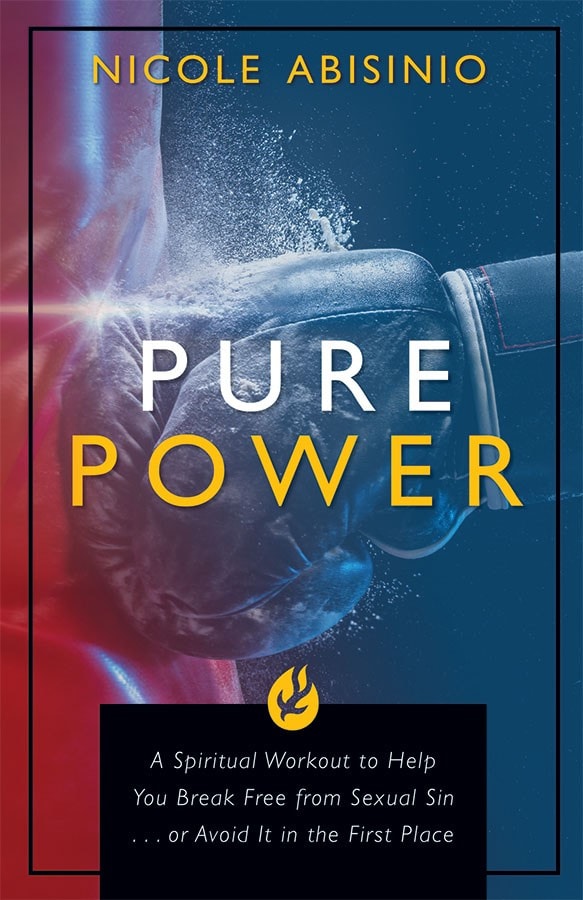 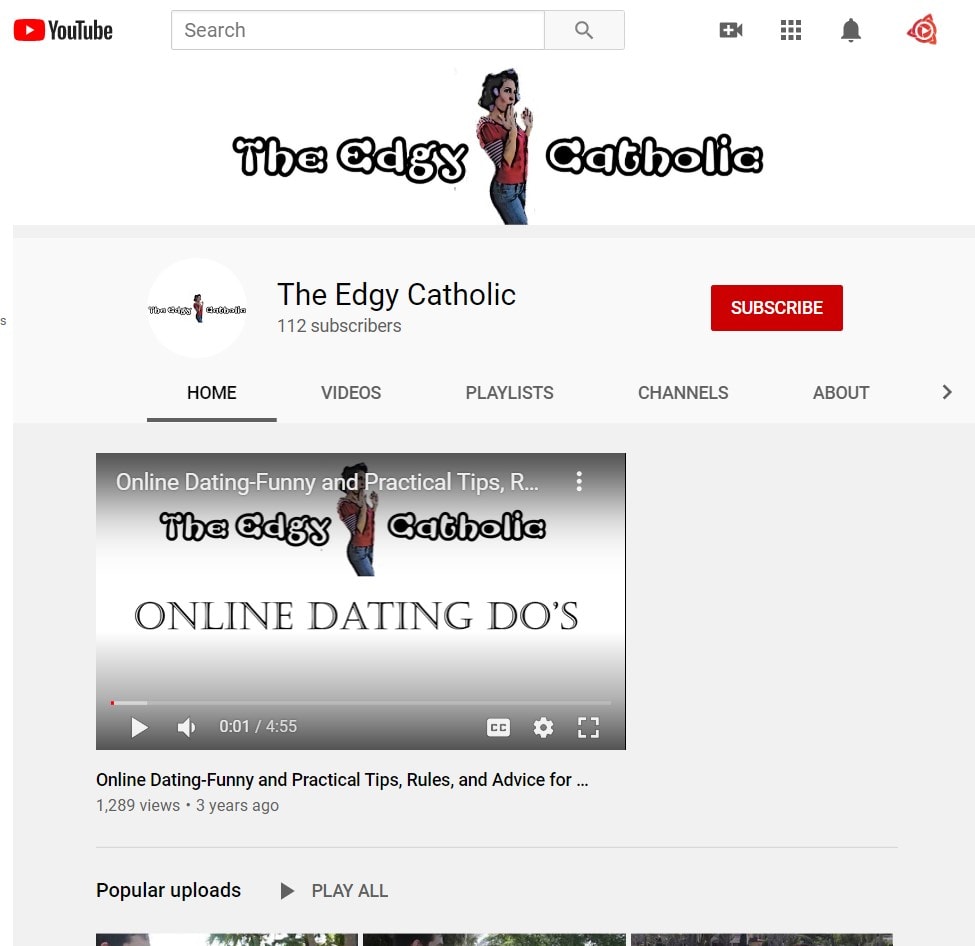 Book Nicole for your event

Thank you for your interest in bringing Nicole to your next event!  Nicole will respond promptly with her availability, and any additional questions.