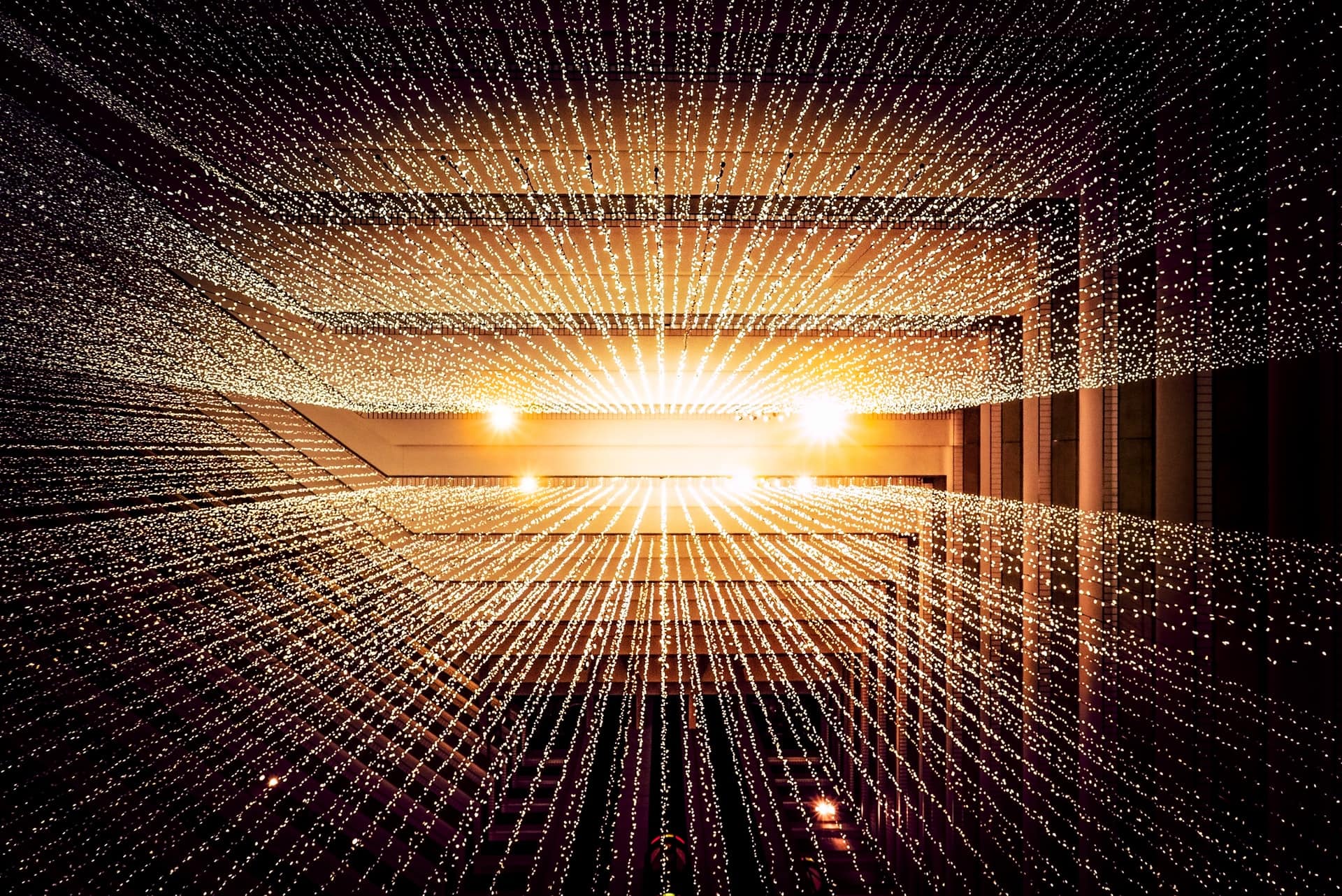 Why it’s a century of firsts for the Catholic Church, the world & the West

This is a century of many firsts for the Catholic Church, the world in general, and the West in particular.

After almost two thousand years, missionaries and mystics blazed a tidal path across the world, drawing behind them the magisterium and mysticism of the Church.

Till now, the Church was frequently a miracle worker, spellbinding audiences. These pre-Christian audiences had never experienced the joys of life in Christ.

And in the flip of a century, we stand amid a post-Christian culture. Moderns don’t affiliate with the religion of Christ, but His morality is alive, just disconnected.

Much of our world today has never heard of Christ on His own terms, much less begun to understand His message.

Today, it is ‘smart’ in the West to reject what it thinks is Christianity.

The Church is in a unique position. The questions have changed. We need new answers for the new conversations.  Answers rooted in antiquity and heritage, but clarified in light of where we are today.

It’s time for the John Paul II generation to come into its own. Especially online where we’re needed most.

There are so many other firsts as well.

And we are still in the beginning stages of all this potential.

And the Church has been working as hard and as fast as she can to renew her approach.

The council for the new millennium

Pope. St John Paul II was insistent on the brilliance and timely application of the Second Vatican Council. His ‘The New & Incoming Millennium’  is still a stunning read, since he wrote it all before Facebook, Amazon, and Google were coded.

The Council happened at an incredible time. They saw the upcoming changes. They sensed how the world was changing under our feet in ways we’d never seen before.

So much re-invention in terms of identity, potential and opportunity.

So much fear at the future under the primed guns of world war, nuclear weapons, bacterial warfare, Eastern spiritualities and confused Christian belief.

Our century is at an incredible tipping point in the history of the Church. A watershed for the waters of life.

We are tipping into an amazing future.

A future built on social connection. Where travel and shipping is faster. Where video chat is instant, and research can cross languages without delay.

For a little while, we’ll be distracted by all the shiny new stuff.

But there are upsides happening everywhere.

Whether we like it or not, we’re all learning how to function in a world that’s never existed before.

A world where economies, laws, borders, patriotism, and identity are changing,  blending, being redefined.

The human side of the Church is reaching a new, needed stage in her development. After 1800 years, the magisterial side of the Church has caught up with the mystical. We finally ‘gets’ how to be present to the world. A leavening agent, salt, and light, and heat.

During the Medieval era, she was guardian and superintendent. Now she is guide and sanctifier.

This is the challenge laid down by Vatican II, and our beloved saint, John Paul II.

Today, with globalization becoming a norm, we can’t rely on heritage and habits for our identity.

We must start making choices. We must choose the values and norms that best express our contribution to the human story.

For the first time ever, cross-cultural learning can meet, focus, share, and learn.

Science exploded over the last 2000 years under the encouraging patronage of the Church. Our modern struggle with materialism is already outdated. It will continue to crumble as we collaborate, pool our knowledge, and refine our theories.

I’m excited at the next 100 years of the Church’s development. And what it means for the next 500 years.

I think that the West will continue to change, and likely be very different in the next century.

As we’ve now seen, the initial research on population control completely missed a defining factor – the potential for human creativity.

It’s fair to hope that our projections for the ‘decline of religion’ in the West will also change. We can’t forget human ingenuity, and God’s ever present, ever creative grace.

And if there’s anything that gets people to sit up straight, it’s a good story. It’s a good reason. It’s a compelling witness to the delight of the Christian life.

We just need to do a better job of telling it, living it, and sharing it in this modern world.

Let’s renew our Faith together. 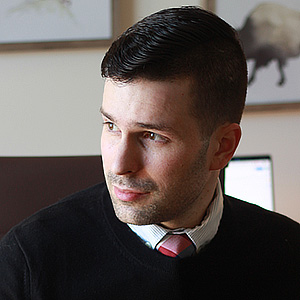 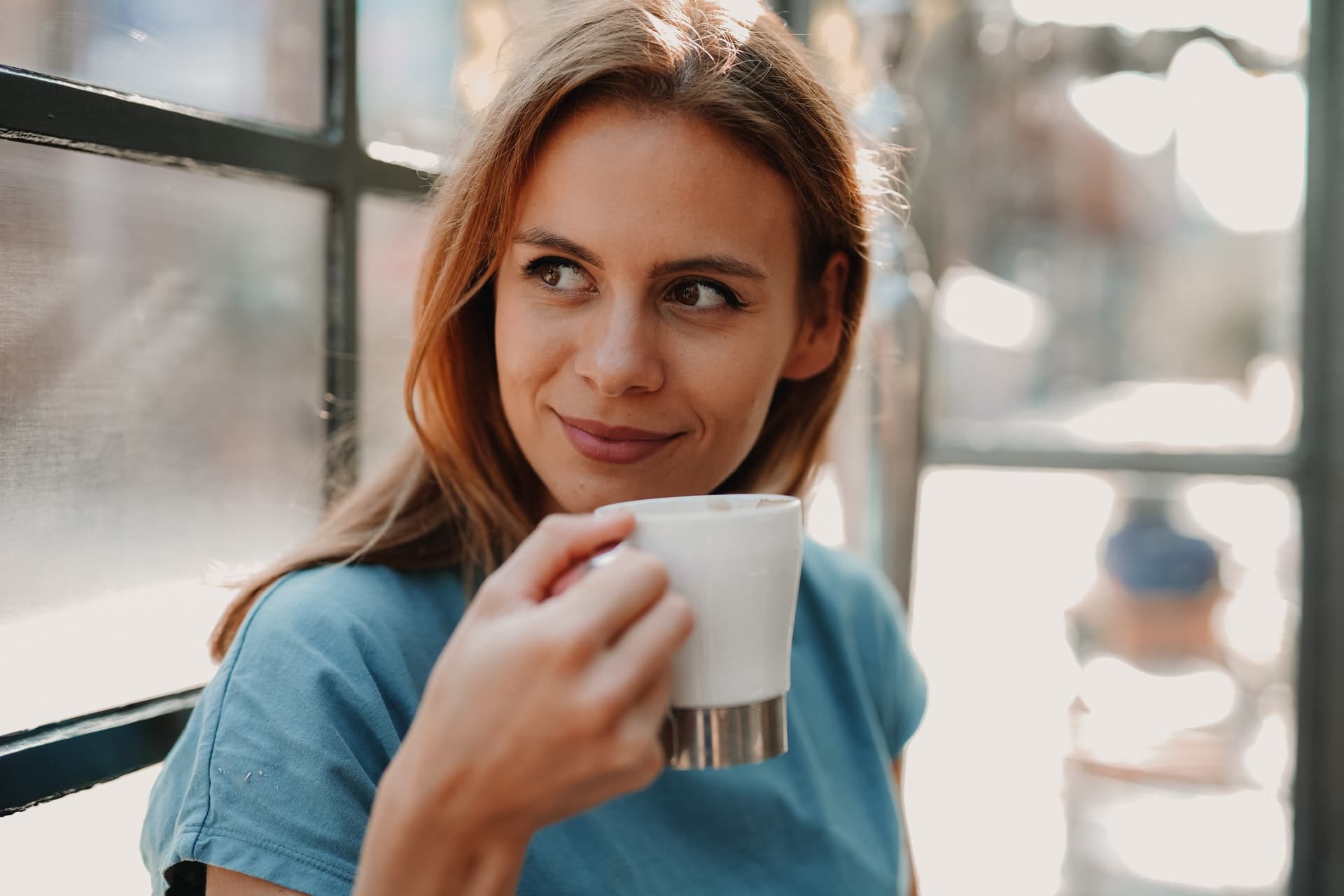 Here’s why our members are incredibly important

Hi friend and welcome to SC! We're the fastest growing community to support Pope Francis - free of trolls, toxicity, and ads. We're helping faithful Catholics regroup, renew our hope, and get a little smarter. Just 1 year after Our Lady saved the world from the 2012...

END_OF_DOCUMENT_TOKEN_TO_BE_REPLACED 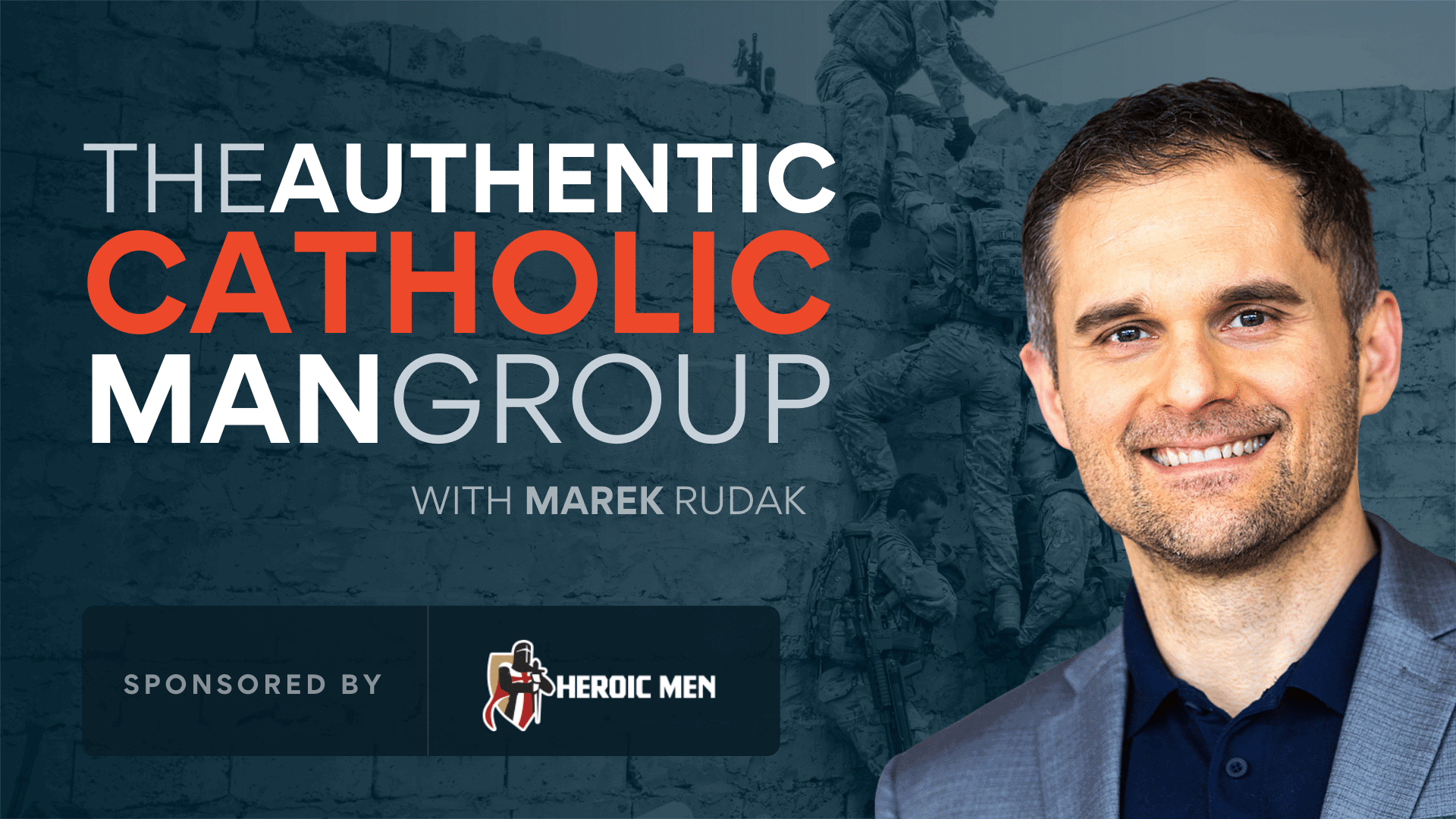 Stories & Seminars for young leadership and solopreneurs. Re-inventing how small Catholic businesses can live Catholic, thrive in business, and collaborate.

END_OF_DOCUMENT_TOKEN_TO_BE_REPLACED 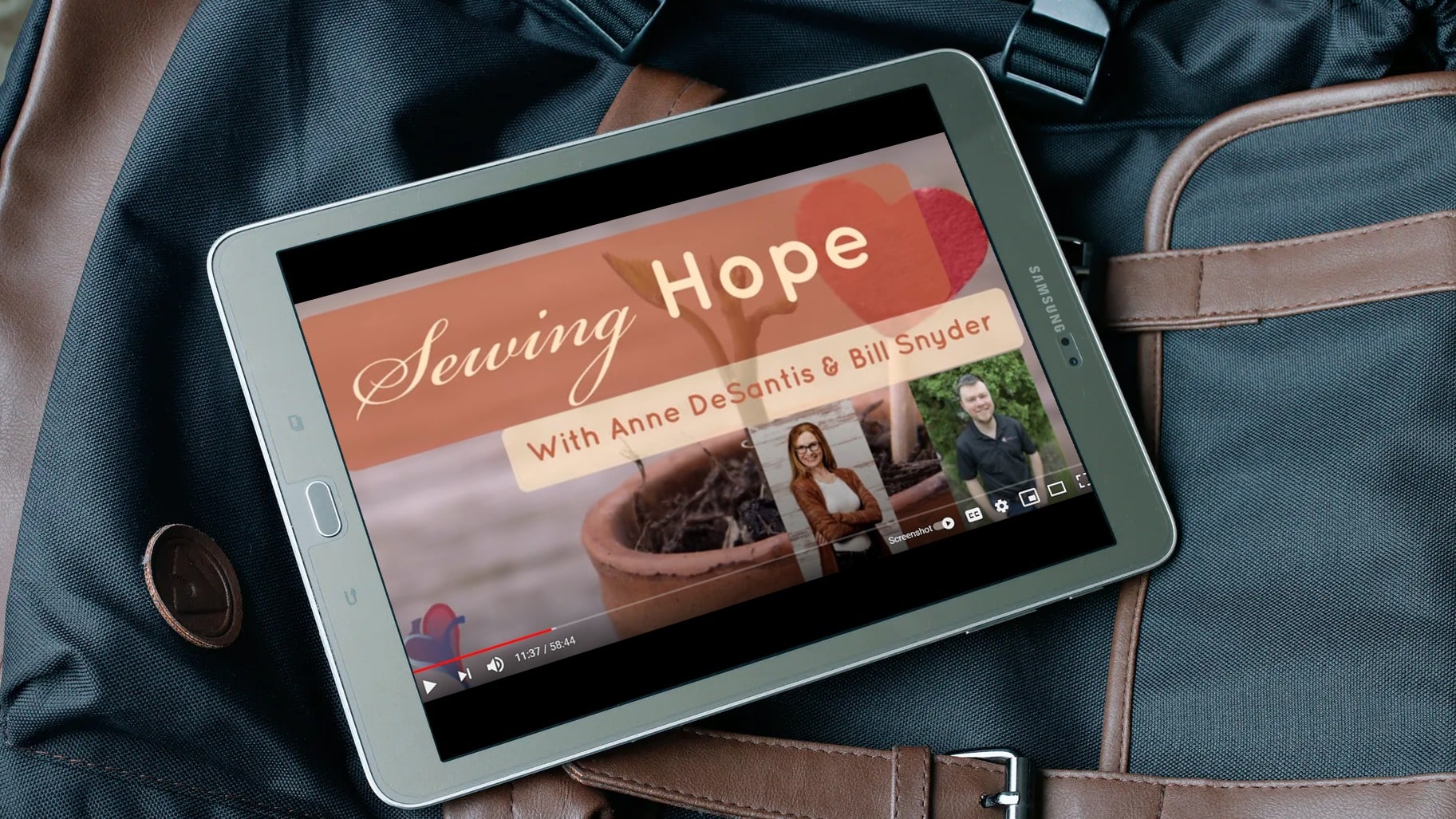 My Stories, Conversion Moments, and what I was missing as a Catholic – Sewing Hope Podcast

END_OF_DOCUMENT_TOKEN_TO_BE_REPLACED
We use cookies to make your life just a little bit easier. By clicking “Accept”, you're ok with that.
Cookie settingsACCEPT
Manage consent

This website uses cookies to improve your experience while you navigate through the website. Out of these, the cookies that are categorized as necessary are stored on your browser as they are essential for the working of basic functionalities of the website. We also use third-party cookies that help us analyze and understand how you use this website. These cookies will be stored in your browser only with your consent. You also have the option to opt-out of these cookies. But opting out of some of these cookies may affect your browsing experience.
Necessary Always Enabled
Necessary cookies are absolutely essential for the website to function properly. This category only includes cookies that ensures basic functionalities and security features of the website. These cookies do not store any personal information.
Non-necessary
Any cookies that may not be particularly necessary for the website to function and is used specifically to collect user personal data via analytics, ads, other embedded contents are termed as non-necessary cookies. It is mandatory to procure user consent prior to running these cookies on your website.
SAVE & ACCEPT